Dental amalgam (“silver”) fillings contribute more mercury to the body burden in humans that all other sources (dietary, air, water, vaccines, etc.) combined.[1,2,3] These fillings contain 50% mercury – which is more neurotoxic than lead, cadmium, or even arsenic.

To put this in perspective, the amount of mercury contained in one average size filling exceeds the U.S. E.P.A. standard for human exposure for over 100 years. Put in other terms, it takes only ½ gram of mercury (the amount in one filling) to contaminate all fish in a 10 acre lake.[4]

Mercury vapor escapes from dental amalgam fillings and is readily absorbed into the body. It accumulates in all body tissues and has been shown to cause pathophysiology. Many studies have confirmed this. Furthermore, in the case of pregnant women with amalgam fillings, the mercury readily passes from her bloodstream through the placental barrier and accumulates to even higher levels in the developing fetus organs than it does in the mothers. Mercury from dental amalgam has also been shown to concentrate in mothers milk, providing not only a prenatal, but a perinatal and a postnatal exposure [5] for the developing child, whose immune system and central nervous system are exquisitely vulnerable to this poison.

Scrap amalgam mercury, that unused portion of the filling material remaining after the filling is placed into a tooth, must by law be handled as a toxic waste disposal hazard.[6] It cannot be thrown in the trash, buried in the ground or incinerated. It must be stored in an air-tight vessel until properly disposed of. Yet some will justify storing this same mixture in peoples mouths just inches from the brainstem and declare it harmless!

Governments of other countries (Canada, Germany, Sweden, France, Norway and the United Kingdom) have place restrictions and/or issued advisories against the use of mercury in dental fillings – particularly in children and pregnant women.

In addition to the direct mercury exposure to humans from dental fillings, there exists a significant secondary route of exposure from dental offices. Published research shows that between 14% and 75% of the mercury found in municipal waste waters originate from dental offices. Mercury in this form ultimately finds its way into our rivers, lakes, bays and oceans where it undergoes a bioconversion by bacteria into methyl mercury – the form which commonly contaminates fish and shellfish. In this form, when eaten 90-100% of the mercury is absorbed. It was this compound which caused the tragedy in Japans Minimata Bay in the 1970s when hundreds of people were poisoned and many died from eating mercury contaminated fish.

In conclusion, there is no scientific debate over the following facts regarding mercury from dental fillings.

*Contributed from Mothers Absorbed Doses Transferred to Fetus via Placenta 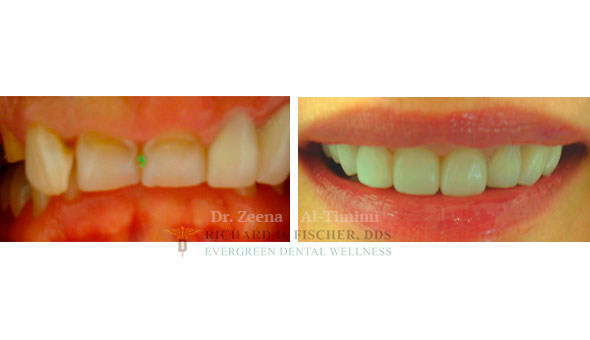